Originally the secret recipe of the nuns in a Portuguese monastery Mosteiro dos Jerónimos in lisbon district of Belém. According to legends I heard for the origin of this recipe is thanks to this that in the convents used huge quantities of egg whites, as the starch on the clothing of the members of the orders, which created a surplus of egg yolks. And because of that he says began to emerge recipes based on egg yolk creams like a recipe for Pasteís de nata. These recipes but they were of course secret, and if it weren’t for the revolution in the year 1820, when they were dissolved religious orders, and closed the monasteries, he would have remained secret to this day. The monks of the monastery of st. Jerome started with the production of pasteís de nata and přivydělávali so selling them. Ultimately, however, the recipe was sold. Today, the famous bakery with a cafe, which is even registered in the list of protected cultural heritage of UNESCO, founded the then owners of the secret recipe.The text size exceeds the maximum 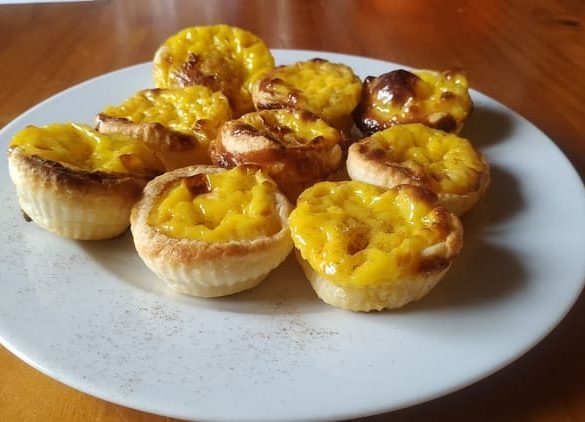